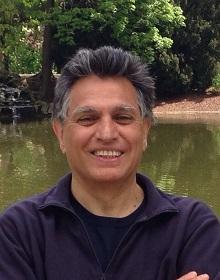 The 2017-18 season has been a phenomenal one for Iranian-born composer Reza Vali. The Pittsburgh Symphony Orchestra commissioned a new work, ISFAHAN, to be premiered June 2018. Meanwhile, the composer has enjoyed a major label recording release, a feature-length public radio broadcast dedicated to his music and several noteworthy performances of chamber and orchestral music. The Deutsche Grammophon label has released a world premiere recording by cellist Kian Soltani of Vali's PERSIAN FOLK SONGS, SET NO. 16C for cello and piano.

The album is titled “Home,” and follows Soltani’s premiere of the work at the Pierre Boulez Hall in Berlin on May 10, 2017. He has subsequently been performing this work in concert halls throughout Europe, including in Baden Baden, Germany on January 28th, and his encore concert at the Pierre Boulez Hall in Berlin on February 11, 2018. The piece consists of seven songs, some of which are based on authentic Persian folk melodies and some are composed in the style of a folk song (imaginary folk songs).

The Carpe Diem String Quartet will be performing the Pittsburgh premiere of Reza Vali’s string quartet RAAK: CALLIGRAPHY NO. 15 on March 28, 2018.

The program will also include the World Premiere of String Quartet No. 13 by DAVID STOCK, a fellow composer, teacher, Pittsburgh native and longtime friend of Reza Vali. This work was composed for the Carpe Diem String Quartet and completed on July 4, 2015. It is the last completed work of David Stock who passed away on November 2, 2015.