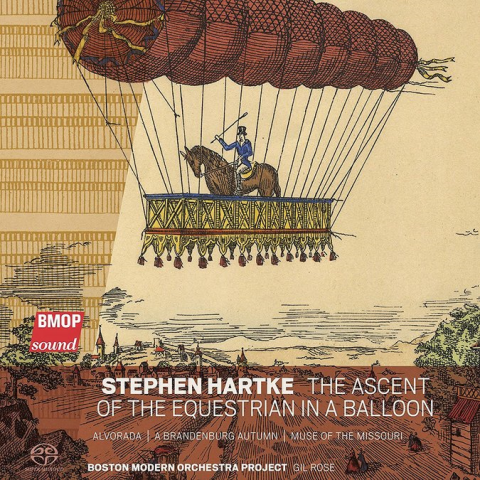 The Aspen Music Festival announced a Paris-themed summer season 2018, bringing with it the welcome promise of warm weather and elegant sounds in the air. This year’s offerings will include the world premiere Stephen Hartke’s cello concerto DA PACEM, performed by Darrett Adkins with the Aspen Philharmonic Orchestra under the direction of Kerem Hasan on July 25. Adkins will perform the work again with the Oberlin Symphony and Robert Spano on December 8. For more information on new works or perusal scores, contact our rental department.

Other noteworthy performances this season have included the West Coast Premiere of A BRANDENBURG AUTUMN, by the Kaleidoscope Ensemble in California on October 28, 2017. The Cleveland Institute of Music performed Hartke chamber works on their November 5, 2017 concert, including GRADUS, THE BLUE STUDIO, and OH, THEM RATS IS MEAN IN MY KITCHEN. Stephen Hartke’s FROM THE FIFTH BOOK has been performed frequently on tour this season by the Brentano String Quartet, who commissioned the piece, including a concert at the Princeton University Summer Chamber Concerts series. For more information on Stephen Hartke or his published works, visit his Composer Page.