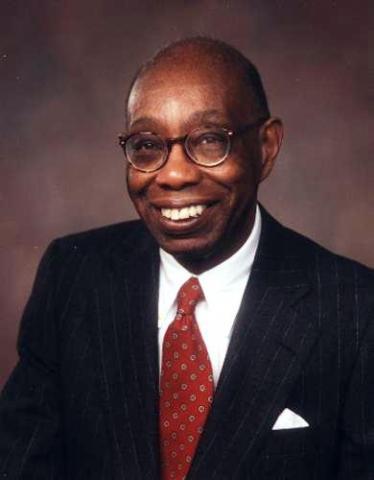 The first Black composer to win the Pulitzer Prize, George Walker’s music is getting warranted attention during this 95th year celebration of his work. The BBC Proms recently presented his LYRIC FOR STRINGS, an honor rarely given to African American and minority composers. Listen to the haunting and beautiful work, performed at the Proms here. The performance was not only historic as Walker's first at the Proms, it also was the debut year of Chineke!, Europe’s first majority black and minority ethnic orchestra at the famous festival.

The Proms performance would prove to be just one highlight in a year which would bring unprecedented attention to the composer and his work. In May 2017, Walker was featured in The National Review's piece, AN AMERICAN OUTSIDER.

On August 31, University of Miami's Frost School of Music presented an entire program of George Walker's violin and piano solo works, including his Sonatas for Piano Nos. 1-5 performed by Redi Llupa. In the latter half of the program, the composer's son GREGORY WALKER, an accomplished violinist and composer in his own right, performed Sonata No. 1 for Violin and Piano and a work for solo violin. The concert was preceded by a short documentary film by Frank Schramm entitled "Discovering George Walker." The film was first shown in June 2017 at a photographic exhibition in the Musee de L’Elysee in Lausanne, Switzerland and can be seen here.

Strings Magazine published this June 2017 story by Thomas May, a brief retrospective on George Walker's career and tribute to his sustain creative life at the age of 95. The article was released on June 27th, coinciding with Walker's birthday itself.

The celebrations continue into this year as well, including a recital at the Eastman School of Music where pianist Redi Llupa presented an encore performance of George Walker's complete piano sonatas. In 1956, Walker became Eastman's first African-American doctoral graduate.

Over the course of the 2017-18 season, the composer will have enjoyed over 30 performances of his major works, by orchestras such as the BBC Symphony Orchestra (ICARUS IN ORBIT), the BBC Philharmonic (LILACS for voice and orchestra, winner of the 1996 Pulitzer Prize in Music), and many others, including numerous concerts of his celebrated LYRIC FOR STRINGS including those by The Chicago, Pittsburgh, Indianapolis, Knoxville, Charlottesville, New Haven, Toledo and Capital City Symphonies; the Cleveland Orchestra, Curtis Institute, DuBois Orchestra at Harvard, Duke University, Curtis Institute, and the Boulder Philharmonic Orchestra, among many others.