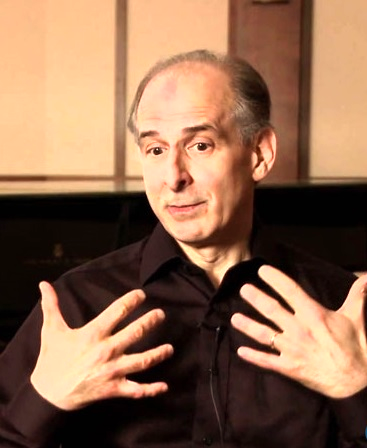 Celebrating 15 years of composer Bruce Adolphe’s show, Piano Puzzlers on public radio, he has launched a website with some fabulous pianists playing the puzzlers: Orli Shaham, Orion Weiss, Joseph Kalichstein, Fabio Luisi (the conductor), and Marija Stroke, plus Fred Child (host of Performance Today) and even some of the composer’s own performances. We invite you to delve into the rich offerings in this composer update, including a world premiere in Milan, music inspired by a Buddhist myth, a tribute to a real life hero from World War Two Berlin, and yes, mysteries of the Piano Puzzlers revealed.

Bruce Adolphe's violin concerto, I WILL NOT REMAIN SILENT has been programmed by six orchestras featuring five different soloists and conductors since the world premiere in 2015 to the 2018-19 season. Based on the life of Joachim Prinz, an outspoken rabbi in Berlin during the Nazi regime and later a civil rights activist and friend of Martin Luther King, Jr., in America, the violin soloist represents the voice of Prinz and the orchestra presents the atmosphere of Nazi Germany in the first movement and of America in 1960s in the second. This season's performances include the German Premiere on June 23, 2018 by the Essen Philharmonic, conducted by Jaime Martin, featuring Daniel Hope on violin; and a concert by the River Oaks Chamber Orchestra with Scott St. John as soloist, led by conductor Michael Stern.

EMMA AND THE BLUE BAKU, a children's opera by Bruce Adolphe with story by James Bradburne, received its world premiere on December 17, 2017 with the Scuola Civica di Musica di Milano, Italy, conducted by Marcello Parolini. The story relates the sometimes frightening challenges of growing up and the power a child's dreams can give them to overcome their own fears and doubt. Stage direction for this production was by Kuniaki Ida, with designs by Angelo Lodi.

THUENPA PUEN ZHI (Five Harmonious Friends) for shinobue (sub. western flute), violoncello, bass trombone, piano, world drums, and narrator was commissioned by Dr. Steve Wilson (bass trombone), University of Texas at El Paso, and was composed for Silk Road members Mike Block (violoncello), Kaoru Watanabe (shinebue), and Shane Shanahan (world drums).  The text is based off of a Buddhist myth of four animals (elephant, monkey, rabbit, and brightly colored bird), and how they became friends through working together to solve a problem. The world premiere of Bruce Adolphe's Thuenpa Puen Zhi (Four Harmonious Friends) took place at the Off the Hook Arts Festival on June 21, 22, and 23, 2017 in Fort Collins, Colorado and in Estes Park at the Stanley Hotel. See behind the scenes video here.

The release of Carlo Grante's Naxos CD containing Adolphe's piano works CHOPIN DREAMS and SEVEN THOUGHTS CONSIDERED AS MUSIC was followed up by an American Public Media repeat webcast featuring Chopin Dreams. Since the work was written in 2015, Grante has premiered it in New York at Tully Hall, then played the European premiere in Vienna at the Brahms-saal, Musikverein, and finished the recording of his Naxos CD--and performed the world premiere of Bruce Adolphe's PIANO CONCERTO in Zurich. You can listed to Chopin Dreams on Fred Child's show, "Performance Today," at American Public Media here. Please visit Bruce Adolphe's composer page on our website as well!