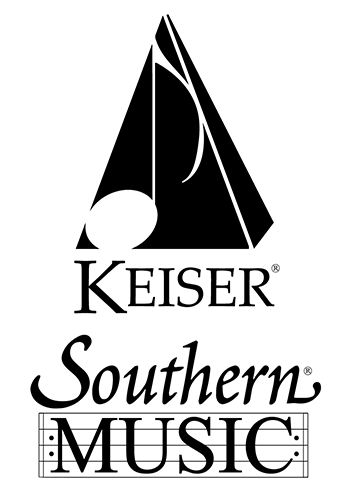 Visit website
A product of the rich cultural life of Chicago, composer-conductor Mark Camphouse was born in Oak Park, Illinois in 1954.  He received undergraduate and graduate degrees in music from Northwestern University where he studied composition with Alan Stout, conducting with John P. Paynter, and trumpet with Vincent Cichowicz.  A scholarship from the Civic Orchestra of Chicago enabled Camphouse to study trumpet privately for two years with the late, legendary Chicago Symphony Principal Trumpet Emeritus, Adolph Herseth.  Camphouse began composing at an early age, with the Colorado Philharmonic premiering his First Symphony when he was 17.  His 28 published works for wind band have received widespread critical acclaim and are performed frequently in the US and abroad. Mr. Camphouse has served as guest conductor, lecturer, and clinician in 43 states, Canada, Europe, and China.  He was elected to membership in the American Bandmasters Association in 1999 and has served as founding coordinator of the National Band Association Young Composer Mentor Project since 2000.  He conceived and edited the unique 4-volume book series for GIA Publications, Composers on Composing for Band. In 2006, Professor Camphouse joined the faculty of George Mason University (Fairfax, Virginia) where he serves as conductor of the wind symphony and teaches courses in composition and conducting.  Other principal artistic, teaching, and administrative positions have included serving as Music Director and Conductor of the New Mexico Music Festival at Taos Symphony Orchestra, Associate Director and Music Division Head of the Virginia Governor’s School for the Arts, Acting Dean of Music of New World School for the Arts, and Interim Director of the George Mason University School of Music.  Mark Camphouse has been married to Elizabeth Ann Curtis (Director of GMU’s Potomac Arts Academy) since 1982.  They have twin daughters, Beth and Briton.

Adapted from MarkCamphouse.com
Back to all composers