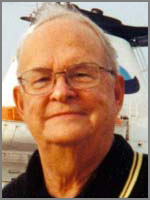 A native of Minneapolis, his study with Earl Handlon of the Minnesota Orchestra led to a position with the Duluth Symphony Orchestra, where at age seventeen, he was the youngest member of the orchestra. During World War II Harry was solo clarinetist with the 89th Infantry Division Band. After the war in Europe, he was able to study with Gaston Hamelin, Principal Clarinetist of the Orchestre National de France.

Following his discharge from the Army, Harry was awarded a full scholarship to study with Bernard Portnoy at the Curtis Institute of Music. From 1951-1959 his performance background included membership in the orchestras of Houston, Denver, and Minneapolis.

Appointed in 1960 to the Department of Music at Indiana State University, Gee participated in solo and chamber music performances and appeared as clarinet soloist with the university bands and orchestras at Butler, Purdue and Indiana State. During this time he studied the saxophone at Indiana University and the National Conservatoire in Paris. He served as principal and co-principal clarinetist of the Terre Haute Symphony for 37 years, retiring at the end of the 1998-99 season.

Harry has been an adjudicator in solo contests in France, Belgium, Canada, and in numerous states in the U.S. He has also served on the staff of summer institutes at the National Music Camp in Interlochen and St. Mary's College in Twickenham, England.

Through the years Gee has had over 250 publications of his compositions and arrangements released by leading publishing houses.
Back to all composers